Core to the Active Archives project is the development of software to put into practice the project's goals. Rather than proposing a single monolithic application, AA aims to develop of a range of smaller software tools and plugins that work with other existing tools and established practices. All software from the project is released under a Free Software License, and made available via a git respository. 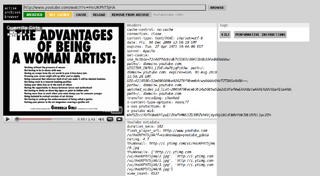 An earlier version the "video wiki" prepared to display a curated selection of videos during the VJ12 conference. 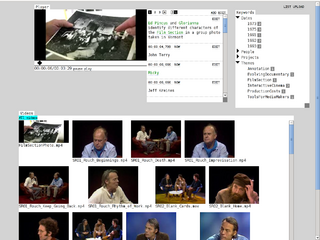 AA used as a backend for videos from the history of MIT's Film/Video, Interactive Cinema, and Media Fabrics program.

The Active Archives Video Wiki inverts the paradigm of uploading resources into a centralized server and instead allows resources to remain "active", in-place and online. Caching and proxy functionality allow (light-weight) copies of resources to be manipulated and preserved even as the original sources change or become (temporarily) unavailable. Strategically, the project aims to clarify some of the "cloudy" aspects of Web 2.0 regarding issues of licensing, sharing, ownership, access, and longevity of online material.

The AA Browser is conceived as the foundation for an ongoing project of a "video wiki"; Designed to break open the "black box" of online video, users are encouraged to write with video, creating new compositions made from collages of disparate (online) elements. The Active Archives project (initiated by Constant in 2007) is an ongoing research project in collaboration with cultural institutions which aims to support a range of use from traditional archiving practice (collecting, annotating, preserving) through to new forms of breaking apart and reassembling elements in novel compositions, to themselves be shared for further (dis)assembly.

Videogrep is a "proof of concept" script to demonstrate how a subtitles file can be used as a means of editing. 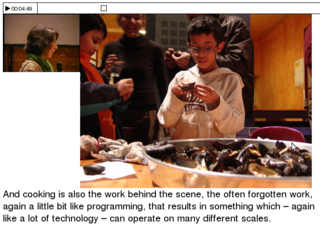 Collage code with material from VJ10.

Collage Code (software) is a "proof of concept" media player based on the idea to start from the "scrub bar" as a way of loosely joining different kinds of media: video, audio, HTML, images. In a nutshell, it allows time-based web-pages using simply placing HTML in an SRT format timesheet. See also Collage Code. 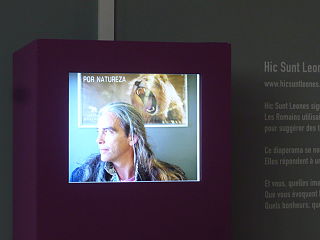 The software in use at Cinéma du réel, Paris, March 2009]

Playlist is a simple php-based script created to support a simple online "shared slide show". Users can upload their images via the web & choose where to place their image in the sequence. 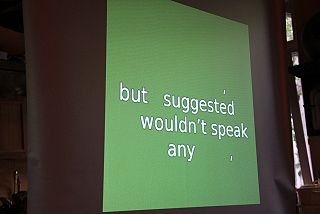 This script takes a subtitle file (.srt) as parameter and removes all but the first one of its word occurrences. 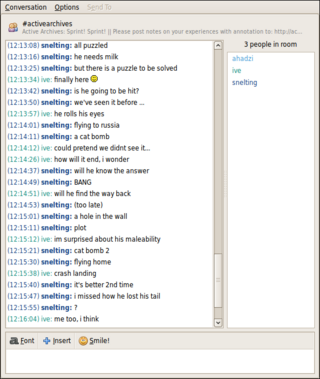 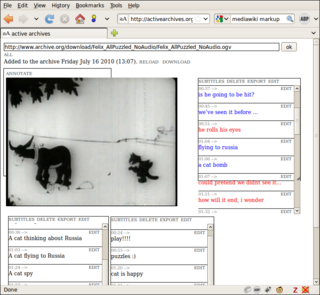 We realized a number of exercises dealing with the idea of "live subtitling". A problem we ran into was the "cache-ing" of SRT files, both by mplayer and JavaScript.

Seeing that the current version of ActiveArchives already provides for video-mediated conversations, we looked into more traditional conversation/chat software. We agreed to watch a video and comment it on the IRC channel.

We realized that we were dealing with two different timelines: the timestamps of IRC logs and the timeline of the video.

The conversions back-and-forth were done manually.

We didn't press the play button at the same time ("synchronize watches" fashion). This gave room for play with time offsets.

To find out more on Mac-related stuff visit http://www.mac-how.net

"Bake" html documents by inlining external resources such as css and fonts. This is work in progress.