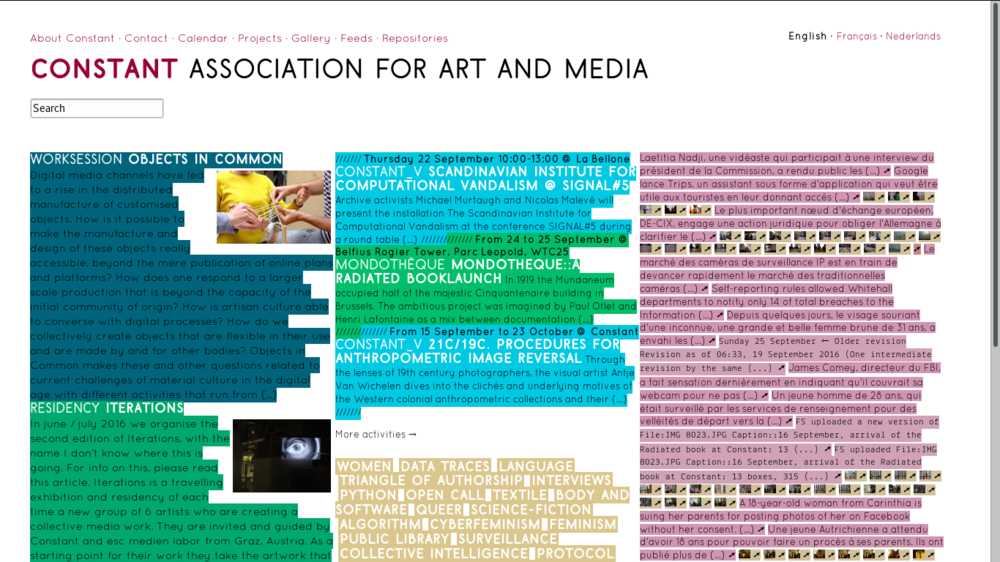 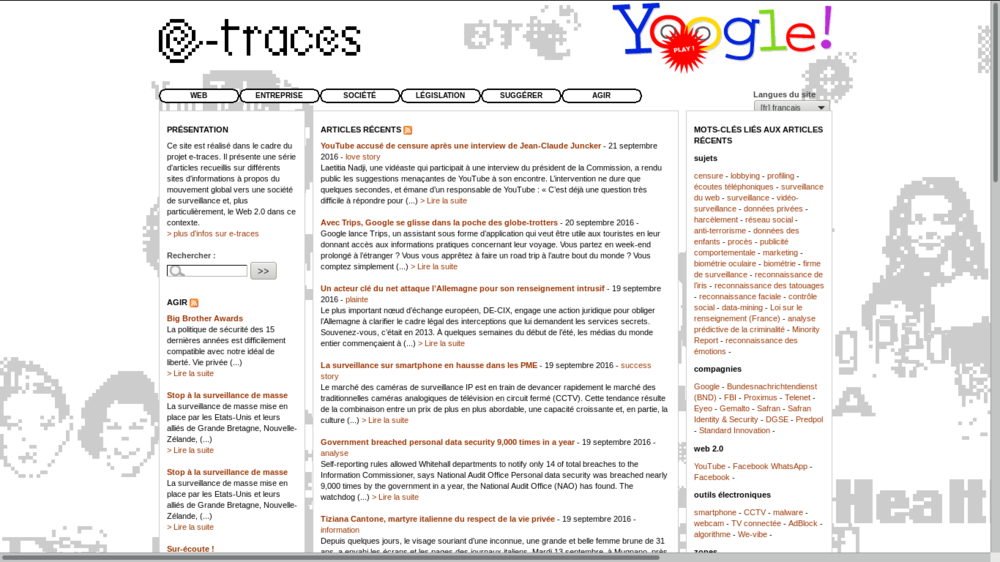 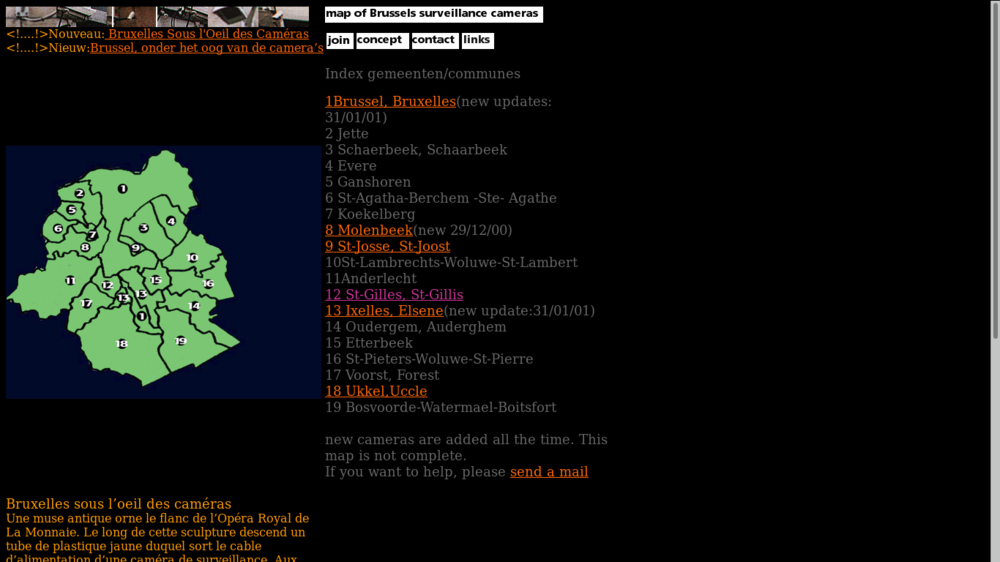 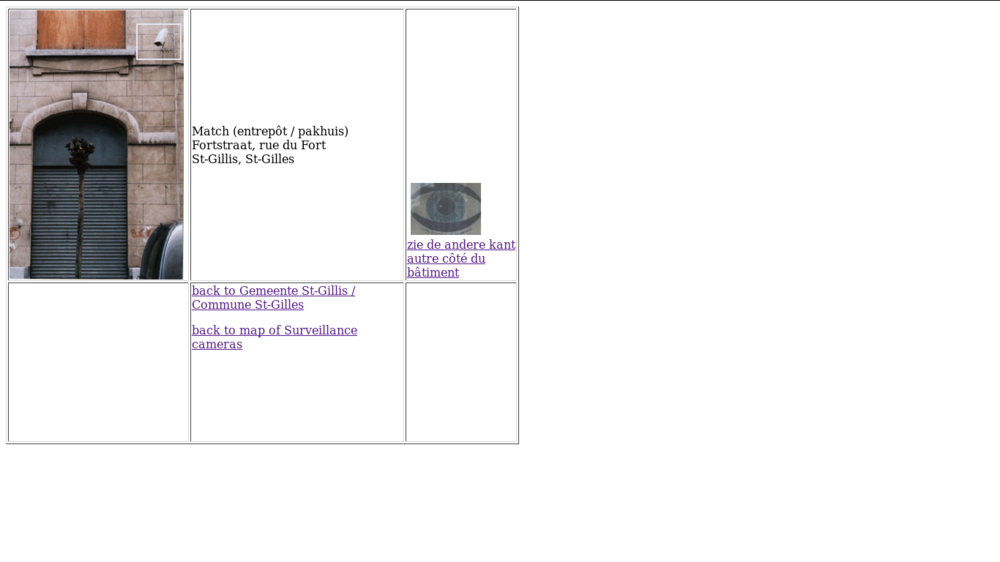 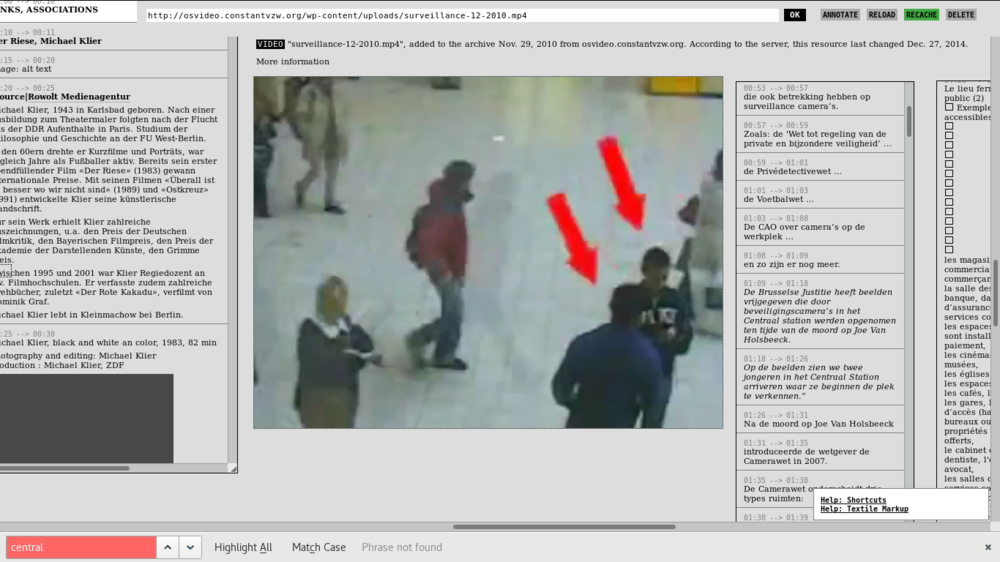 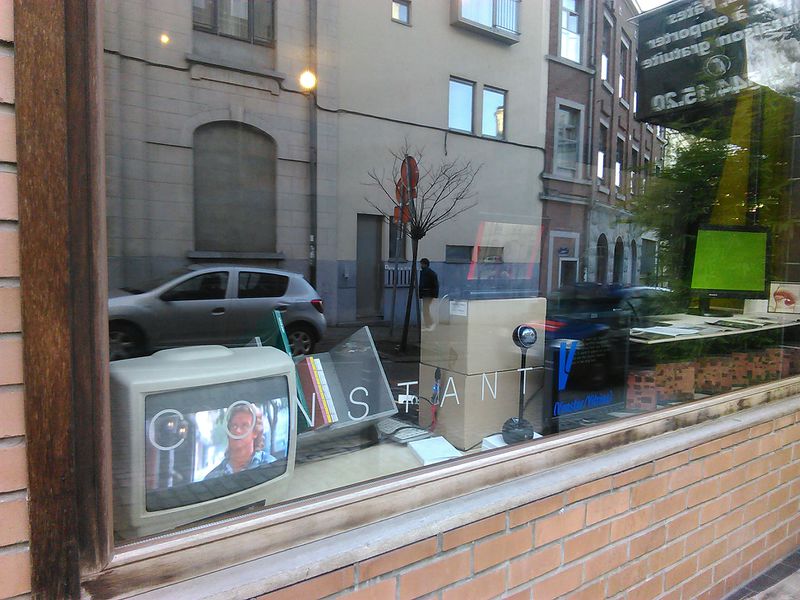 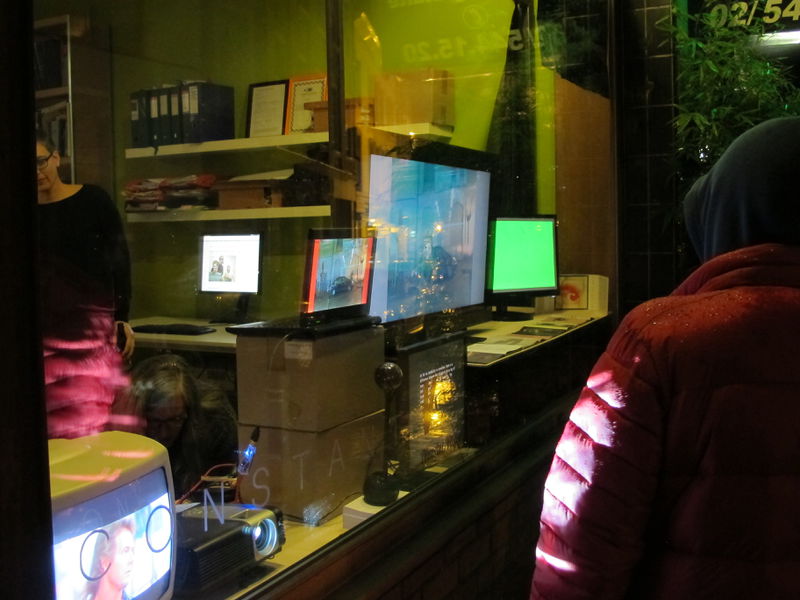 In early 2016, the authors created a small installation for the window of the Constant office in the Saint-Gilles neighborhood of Brussels. For forty days, a camera was set up to record short sequences of video frames, triggered by the presence of a "face" as detectable by a standard "face-detection" algorithm[^cascade]. When a face was detected, a short sequence of frames would be recorded, and the regions of the image detected as "faces" would be replaced by faces similarly detected in an archive of images, including images from the SICV. Many of the detected "faces", both from the street and the archive, would be considered "false positives" -- images not of faces but of car hubcaps, the folds of a puffy jacket, the typography of a book page, or the play of light on the opposite building. A number of monitors were arranged facing the street in a reversal of the traditional surveillance setup, making the recording apparatus and processing pipeline as visible as possible, showing the transformation step by step to its subject. Once the recordings were completed, a short animation loop was produced and displayed on a central monitor. One Saturday evening, the image above was recorded.

The algorithm sees faces everywhere. It needs a "control context". Normally one would work to fine-tune the system to match the environment in which it's running and ensure that the environment doesn't change. To place a surveillance camera in a public space requires the organisation of that space, ensuring that the recorded image is salient. More and more architecture and surveillance are considered together.

Giving the finger to the digital

While it may be tempting to interpret the gesture as a statement of disapproval of the installation, something else seems to be at play, suggesting a further meaning of the notion of giving the finger to the digital. The installation was not continuously recording but in fact only recorded 15 frames before entering into the processing loop that took at least a full minute to complete. As a result most of the recorded sequences are accidental, often showing passersby unaware of the camera and with the algorithm fleetingly finding faces, often involving false positives. In this recording however, the subjects stand with their faces fully forward, anticipating the operation of the machine and demonstrating a comprehension of the system and its mechanics. The pair fully address the algorithm, and in so doing they perform it. The gesture of the raised middle finger, then, is made from a position of positive subversion, feeding back a message of resistance to the captured gaze of artificial attention. 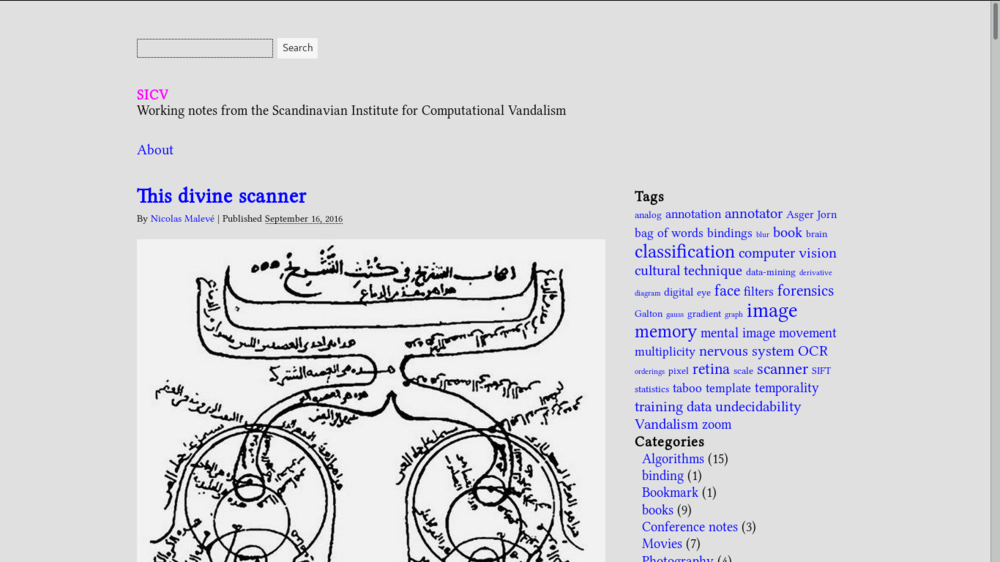 In a Situationist polemic against the activities of the Lettrist Maurice Lemaitre, Jorn states that, “Nothing is worse than stupidity combined with a never failing memory.”[4] Although we can have doubts about the latter quality on occasion, this pair of assets is among the range of exciting features that computing offers. Computers are stupid in the sense that they do exactly as they are told, so the art of programming is partially in making such instructions specific. Their capacity for memory, as this function of stupefied perfect recall, is what makes them so effective for archiving, and indeed so disturbing as an agent of social control. Working with such a system, in all of its many layerings allows, however, for other kinds of compositional dynamic to be drawn out, to be elicited by the dogged nature of the electronic computing machine. 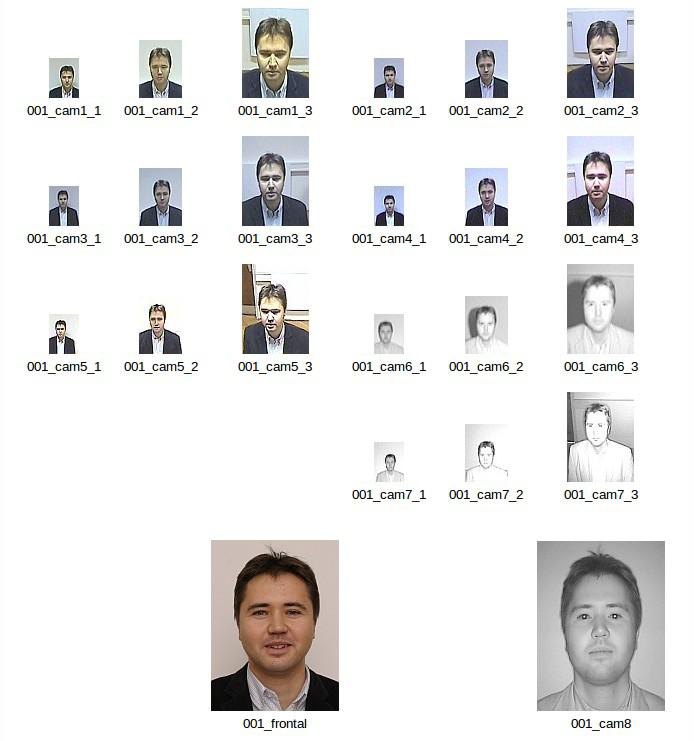 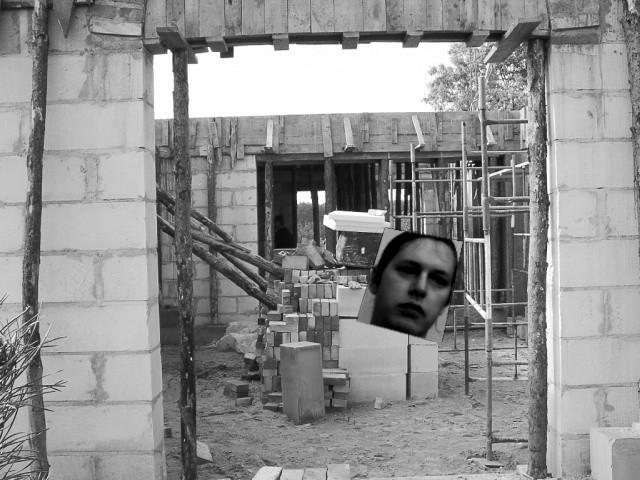 An algorithm is never alone. How many images for an algorithm to function? For the recognition to happen, it needs training. Training requires lots of samples, requires the availability of a certain work force (1c an image --- image from ) and a representative demographic (thus a certain "racism" or bias is built into every model).

The algorithm sees faces everywhere. It needs a "control context". Normally one would work to fine-tune the system to match the environment in which it's running and ensure that the environment doesn't change. To place a surveillance camera in a public space requires the organisation of that space, ensuring that the recorded image is salient. More and more architecture and surveillance are considered together.

The eye speaks to the brain in a language already highly organized and interpreted.
—J. Y. Lettvin, H. R. Maturana, and W. S. McCulloch, What the Frog’s Eye Tells the Frog’s Brain (1959) reprinted in Embodiments of the Mind, 231

In describing how machine learning techniques find functions, the point is not to suggest that we should have a detailed grasp of how they work. We need, I suggest, to engage with differences between processes of function-finding associated with specific machine learning settings and predictive desires. We should differentiate between predictive styles. Even from the perspective of relatively straightforward political economy, the value of predictions differs according to the labour that makes them, and different predictive styles (probabilistic, information theoretical, decisionistic) entail different kinds of value.
Adrian Mackenzie The production of prediction: What does machine learning want? European Journal of Cultural Studies 2015, Vol. 18(4-5) 429­–445