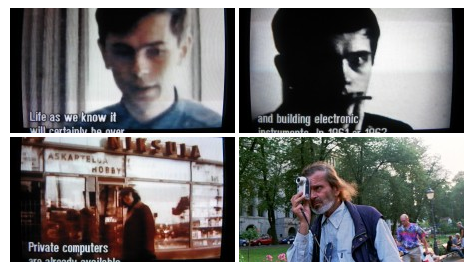 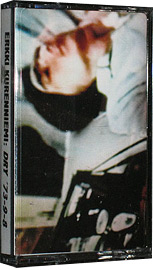 Dimi-T (T=thinking, a.k.a. Electroencephalophone a.k.a. alpha/theta cyborg) is an electronic musical instrument built by Erkki Kurenniemi in 1973. It produces music from its player's thoughts. With electrodes fastened to the scalp the player’s electrical brain activity is measured and used as a control signal of the instrument. The best control signals are obtained when the player is asleep or at least in a very relaxed state. The weak electric brain waves, amplified to 500 000 fold, are sampled with a peak detector and fed to a sample & hold -circuit to control the pitch of an oscillator. As a result the instrument produces a few milliseconds long, irregular but steady frequencies.

The design of Dimi-T is loosely based on Manford L. Eaton’s ideas of bio-music. Kurenniemi was introduced to Eaton’s ideas in an electroacoustic music conference held in Florence in 1968. In bio-music different responses of the human body, e.g. heartbeat or brain waves, serve as control signals of the music. Also Kurenniemi’s Dimi-S (sexophone; 1972) is based on the ideas of bio-music.

Only one Dimi-T unit was build and it was played only few times. One of the rare documents about the instrument is this homemade recording. The other known document is a collective improvisation in the studio of the University of Helsinki in 1973. In addition to these, Dimi-T was on display in the exhibition of the Finnish artist group Dimensio in Dipoli, Espoo in 1974. Soon after this, Kurenniemi rented the instrument to the department of psychology at the University of Oslo for the sum of one Norwegian krone for an indefinite time. Some 30 years later Kurenniemi visited Oslo and tried to get Dimi-T to a working condition but did not succeed. 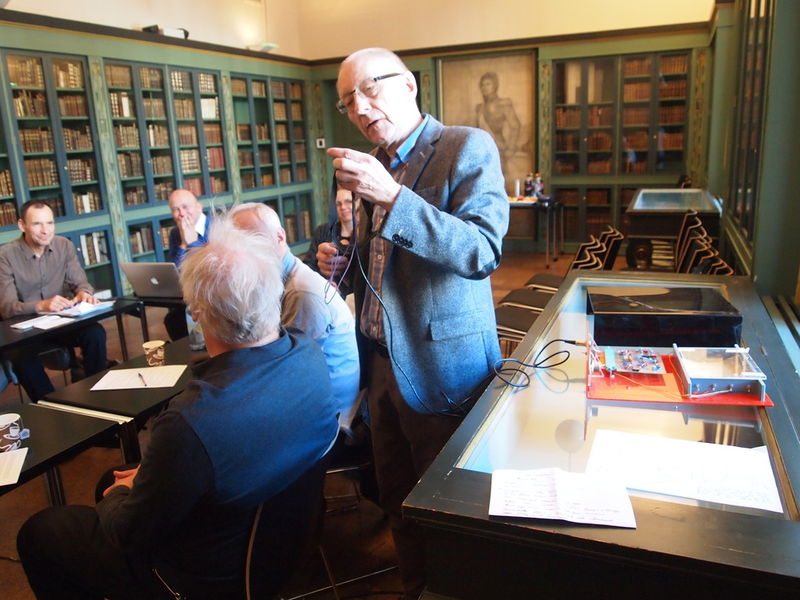 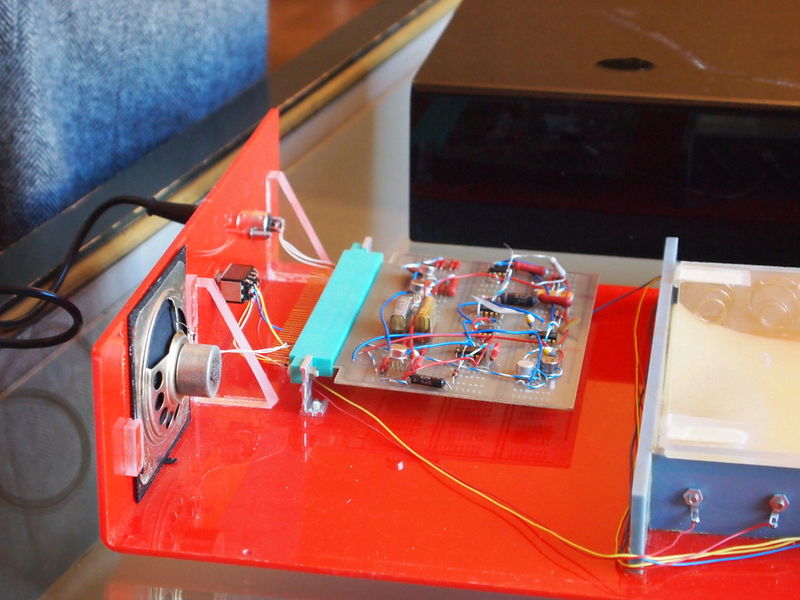 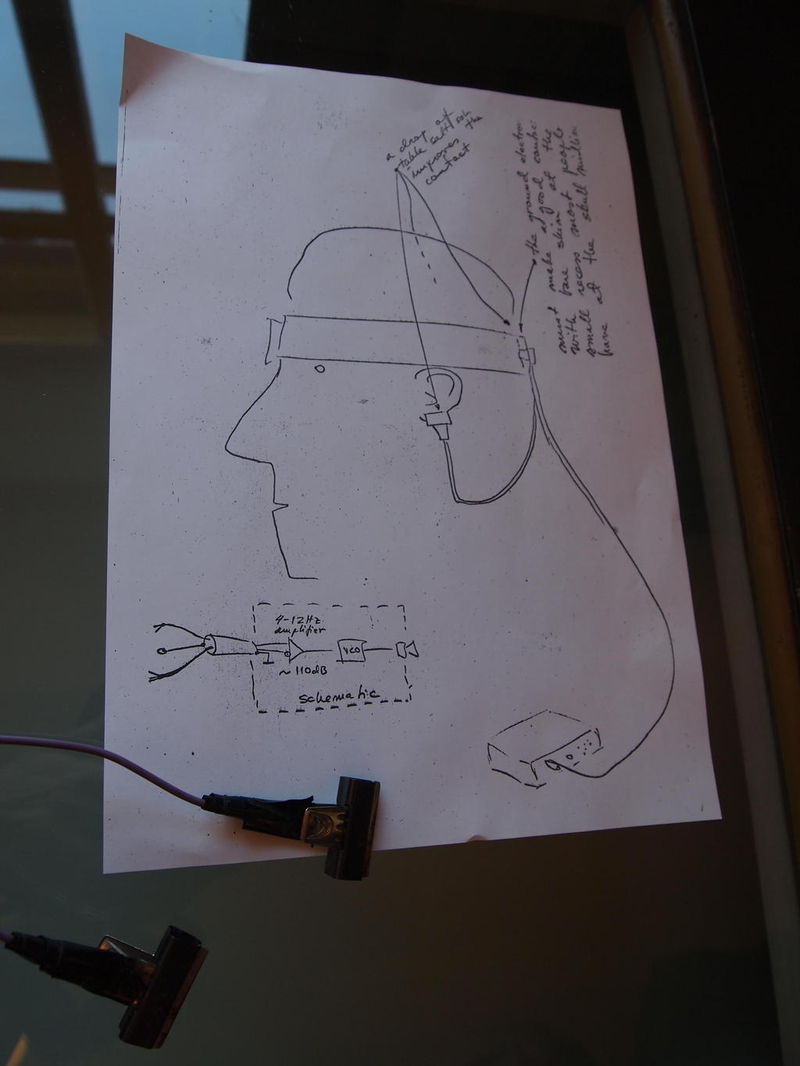 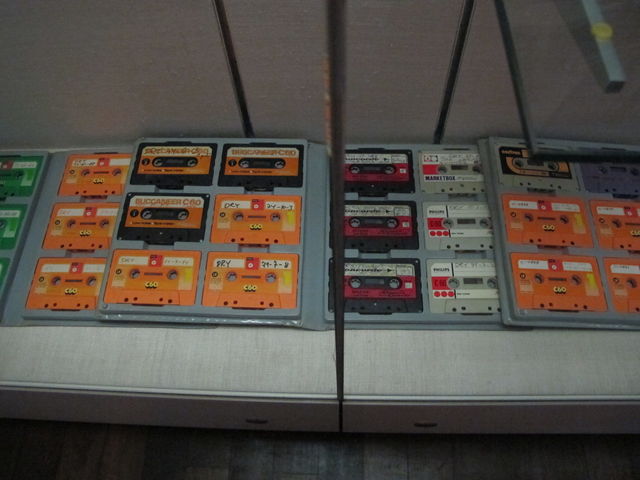 Erkki Kurenniemi has documented his life but not archived it in any traditional sense, and didn’t develop a systematic model for what he calls a template for all human life. In his profound techno-enthusiasm, he relies on future quantum computers to make sense of it all. By 2048, Erkki states that the technology will be ready for the advent of this new artificial form of intelligence. The quantum computer will sort by itself the documents he has been recording, capturing, filming, photographing, drawing, and talking about.

We have no quantum computers to make sense of it all today yet a series of circumstances have given the project of archiving Kurenniemi’s work some urgency. On the one hand, different important institutions of the art world have recently shown a growing interest in his career (Documenta, Kunsthal Aarhus, Kiasma, etc). On the other, the health condition of Erkki who suffered from a stroke a few years ago and that severely affected his ability to speak is a concern. According to his own wishes, the entire collection of documents he was keeping in his apartment has been transferred to the Central Art Archive of the Finnish National Gallery in Helsinki.

An archive is about to begin.

Usually when invited to work on an archive, the material has been already processed, ordered, and a classification scheme is more or less decided. Our role as “active archivists” is often to negotiate between the classifying scheme already in place and the resistance of the data to comply with it. In this case, however, it is left to us to investigate the material and try to understand its specific character and qualities.

Therefore this text will not describe an archive but a speculation on the nature of the material that constitute it, as well as a series of reflections and experiments on how to approach it.

The problems of archive:

To consider an algorithm as an interlocutor implies an intense negotiation. Indeed for a computer program, a text, an image, a blank screen are all represented at the lowest level as zeros and ones. By using file formats, we give the programs a taxonomy of objects with which it can interact. A text format will allow the processing of lines, verbs and expressions, while an image format allows the processing of colors, contours, shapes. On Erkki’s hard drive, we found many files saved in “historical” formats and regularly transformed and exported. Through the various transformations, the taxonomy of the file changes. A text can behave as an image or an image can masquerade as a text.

The file format is not an arbitrary organization of data coming from a purely speculative view of the world. A file format is usually created and used because it is adapted to certain devices and to certain usage. When we delegate our vision to a series of algorithms and programs, we begin to realize the complexity of the connections that bind the format together, the device and the use.

As part of the Systemics series at Kunsthal Aarhus, Joasia Krysa invited Constant to continue developing work around Kurenniemi's digital archive, this time in the form of "data radio", a live audio stream and text chat. 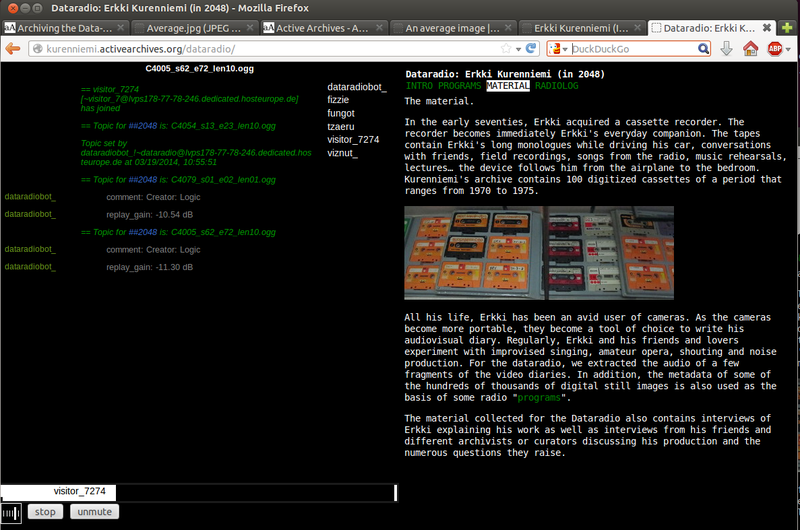 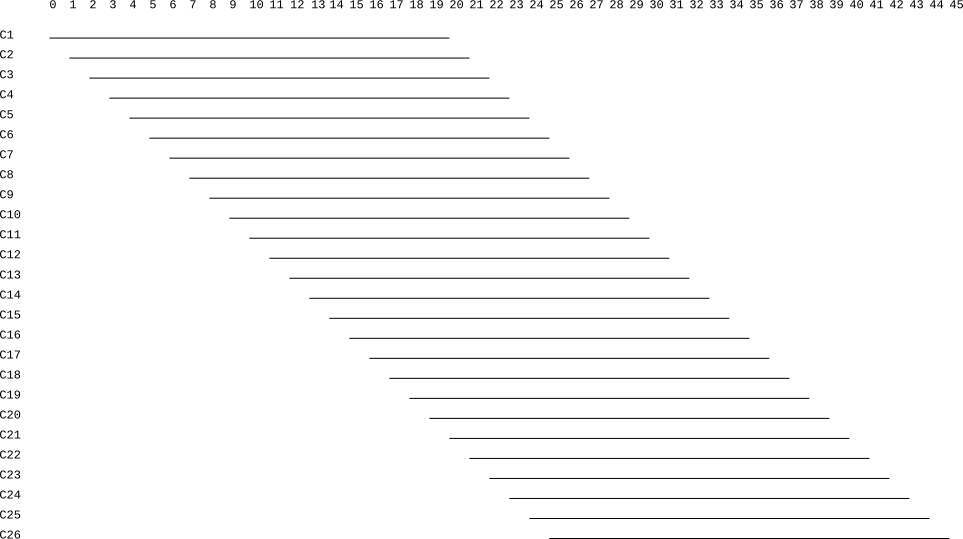 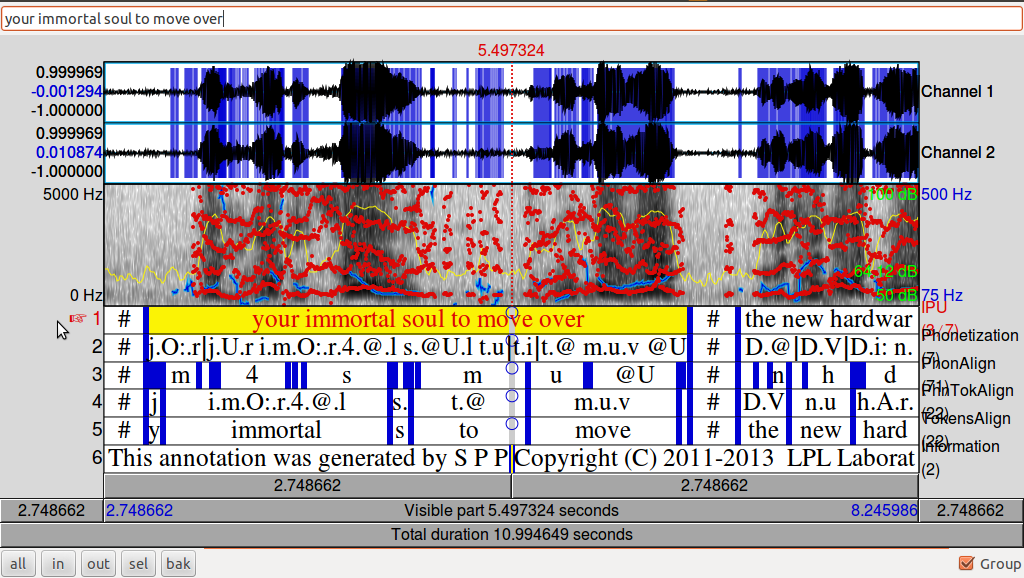